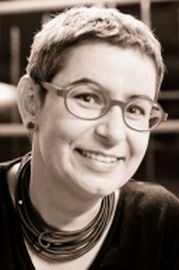 Kateřina Králová is the principal investigator (PI) of the PRIMUS project, an assistant professor in Contemporary History at the Balkan, Eurasian and Central European Studies and the Director of the department of Russian and East European Studies at the Institute of International Studies. She also served as a Vice-Dean for International Relations (2010-2015) at the Faculty of Social Sciences, Charles University in Prague (Czech Republic). In her research, she focuses on reconciliation with the Nazi past, post-conflict societies, memory and oral history as regards the Holocaust, the Greek Civil War and post-war reconstruction, particularly in Greece.

She completed her masters studies in Marburg, Germany (2002) and her Ph.D. in Prague (2010) with a thesis on Greek-German relations that was later published in Czech, Greek and German (Das Vermächtnis der Besatzung, 2016). During her academic career, she obtained several scholarships including the IKY at the UOM (Greece), the DAAD at the Heinrich Heine University (Germany), a Fulbright Fellowship at Yale University (USA) and a USHMM Fellowship for 2015. Her most recent publications include “In the Shadow of the Nazi Past” (EHQ 2016), Our Tears Dried Up: Greek Refugees in Czechoslovakia (2015, in Greek) and Minorities in Socialist Yugoslavia (2016, in German).